Thank you! Your submission has been received!
Oops! Something went wrong while submitting the form.

Although dogs and other pets are often considered part of the family, thousands of people each year are injured in animal attacks that require emergency medical treatment. If you were attacked by another person’s dog or pet, you may be able to recover compensation for your harm, including medical expenses and other damages.

Holding Pet Owners Accountable for Attacks by Their Animals

Under California law, dog owners are generally strictly liable for injuries caused by their dogs. This means that even if the dog has never bitten anyone before, and even if the owner did not know that his or her dog was vicious, the owner will still be responsible for the victim’s harm.

In bringing a claim against the owner, a plaintiff must prove that the dog was owned by the defendant, the victim was on public property or lawfully on private property, the victim was bitten by the dog, and the victim suffered injuries. Trespassers and those who are illegally on private property when bitten by a dog, therefore, may not seek compensation under this statute. In addition, the California dog bite law does not allow any action to be brought against a governmental agency using a dog in military or police work, unless the victim was not involved in the event that prompted the use of the dog. An action to recover damages resulting from a dog bite must be filed within two years of the date of the attack.

Keepers, handlers, or others in control of an animal may be deemed liable under the law as well. However, they are not held to the strict liability standard of owners and must have had knowledge of the dog’s vicious propensities, such as a previous attack, before they can be found liable to a dog bite victim. A negligence claim may also be brought against non-owners who were not reasonably careful in controlling a dog under the surrounding circumstances, if their carelessness caused harm to the victim. An example could be a dog walker who illegally allows a dog to run off-leash close to a public playground.

Who Pays After a Dog Bite?

Perhaps you’ve suffered a dog bite but are feeling hesitant to bring a claim against a dog owner for fear that the owner could experience financial hardship as a result. Maybe the owner is your neighbor or even a relative you don’t want to upset. While the owner may ultimately have to pay out of pocket for your expenses, there are other options in many cases.

Depending on the circumstances of your dog bite injury, your claim could be paid by any of the following sources:

"Michael was an outstanding attorney. He always made sure to keep me in the loop with my case and worked nonstop to help get the outcome I deserved. I would highly recommend him to anyone who needs only the best lawyer and I will definitely return to him again in the future!" 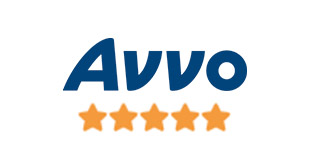 "Super professional, friendly staff. The team was so knowledgeable and helpful throughout the entire legal process of my car accident. I highly recommend using them!" 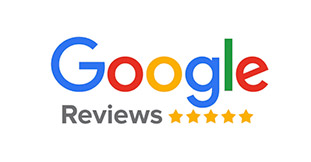 "Very professional and diligent. Got my case resolved in a timely manner and communicated with my throughout the process of my case."

"Wow! Michael Sanchez got me more money than I thought I would ever get. He's confident and a shark yet kind with his clients. I highly recommend." 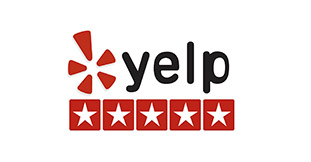 "My fiancé had a successful case with this firm. Under the circumstances, Mendez & Sanchez, attorneys and staff made this a pleasant experience. Staff was respectful, genuine, and all around a great fit for the case and my fiancé. This firm comes highly recommended!"

While other firms just handle your bodily injury claim, we offer a complimentary full-service package where we will also handle your property damage for no fee! 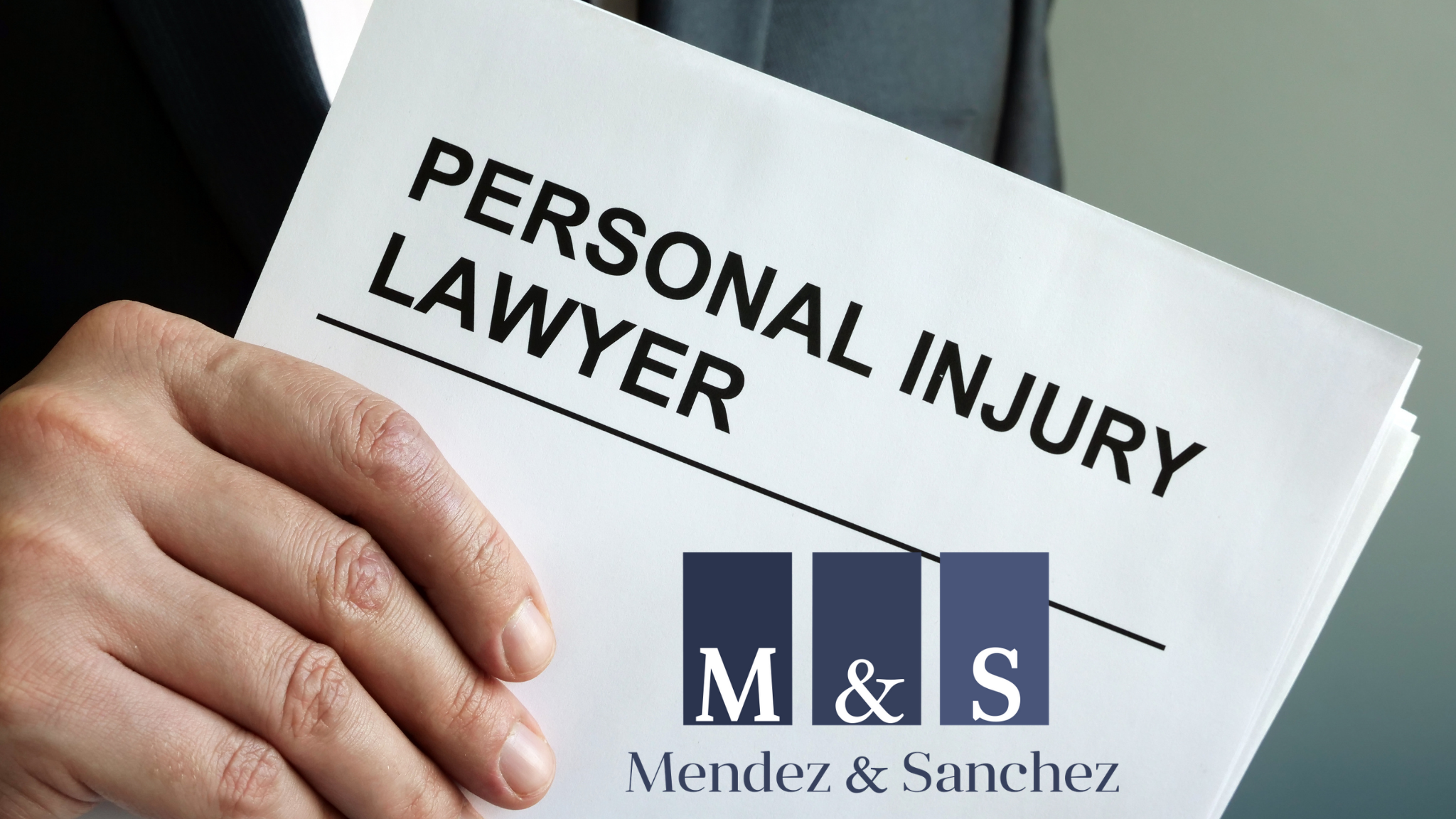 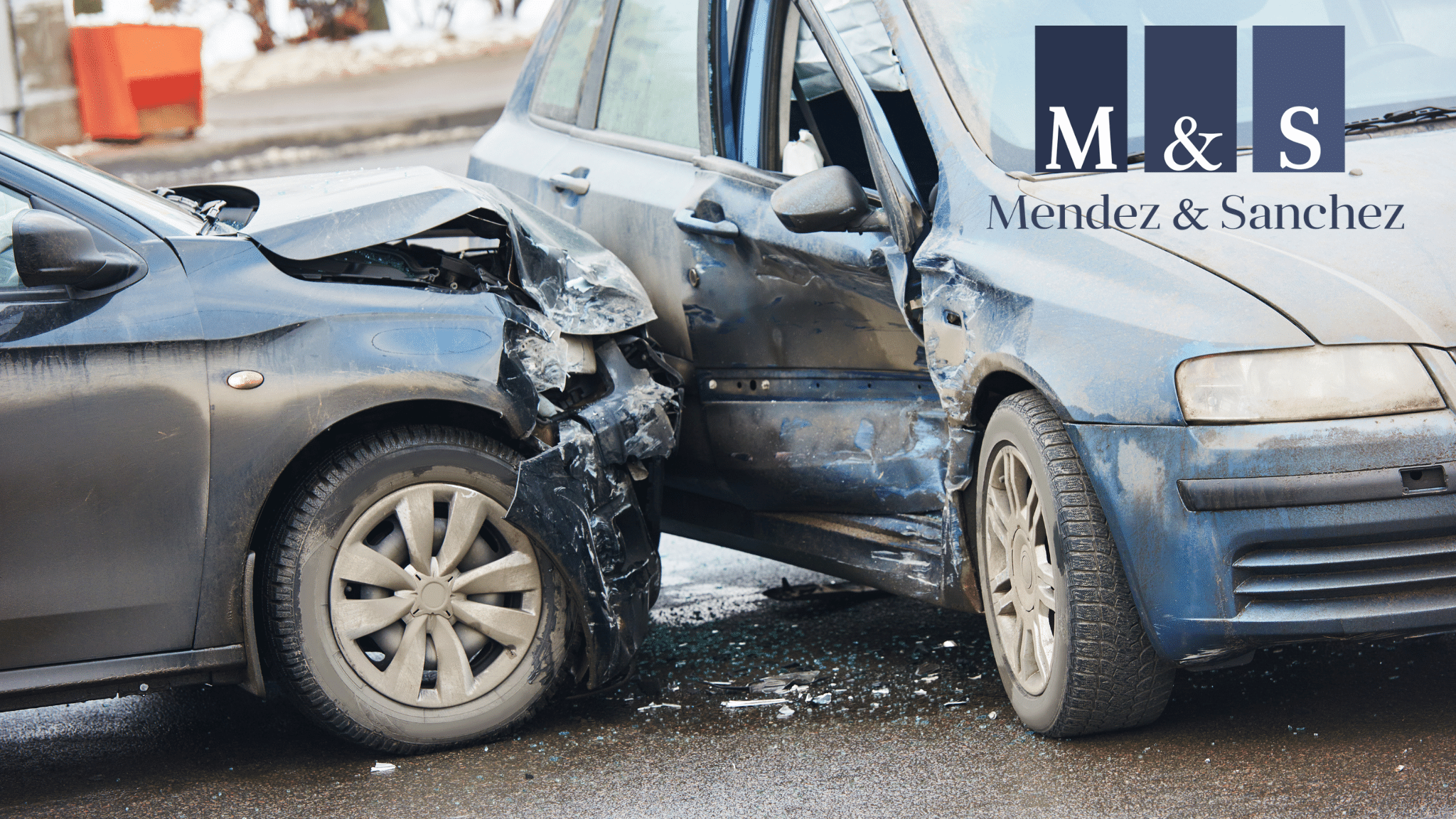 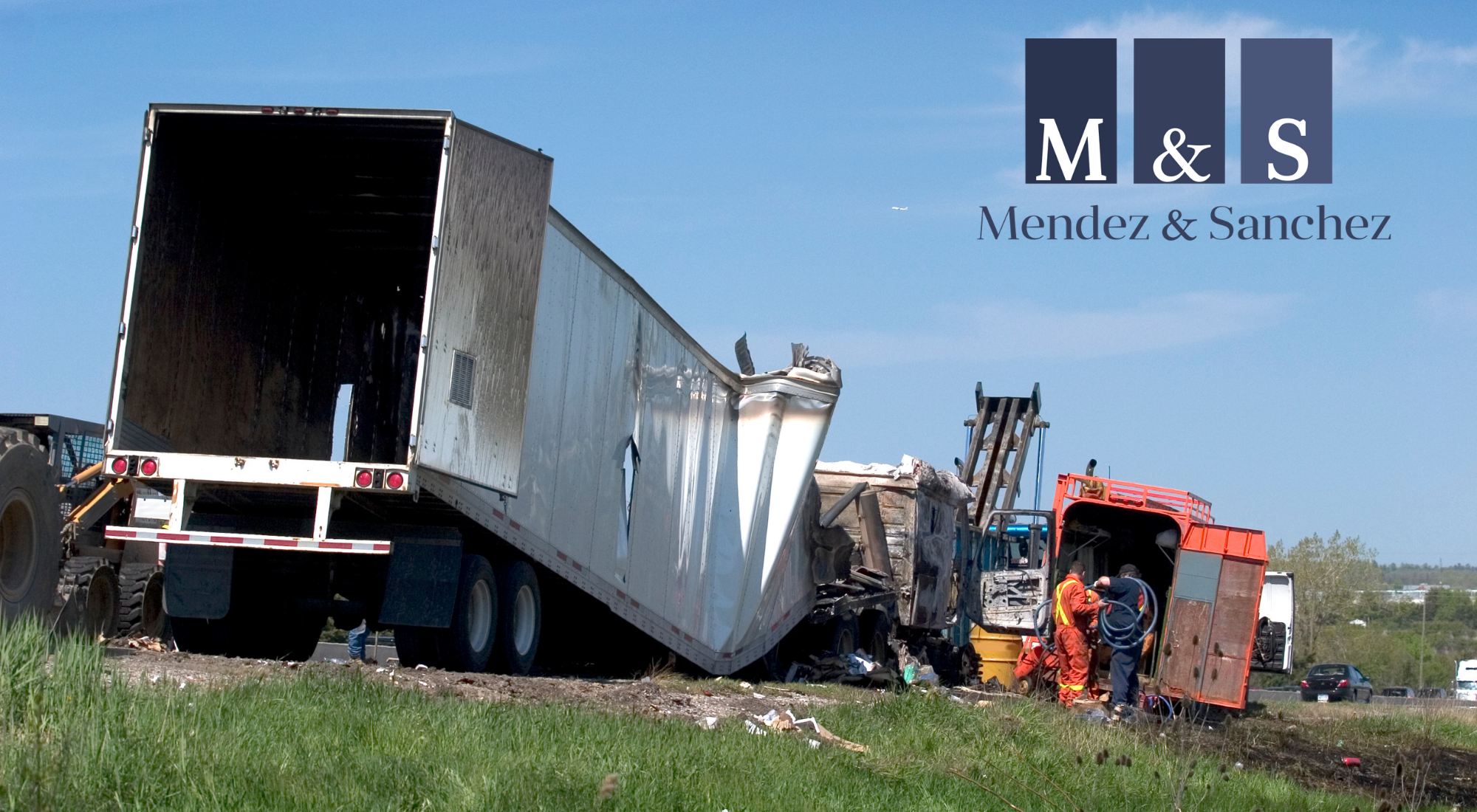 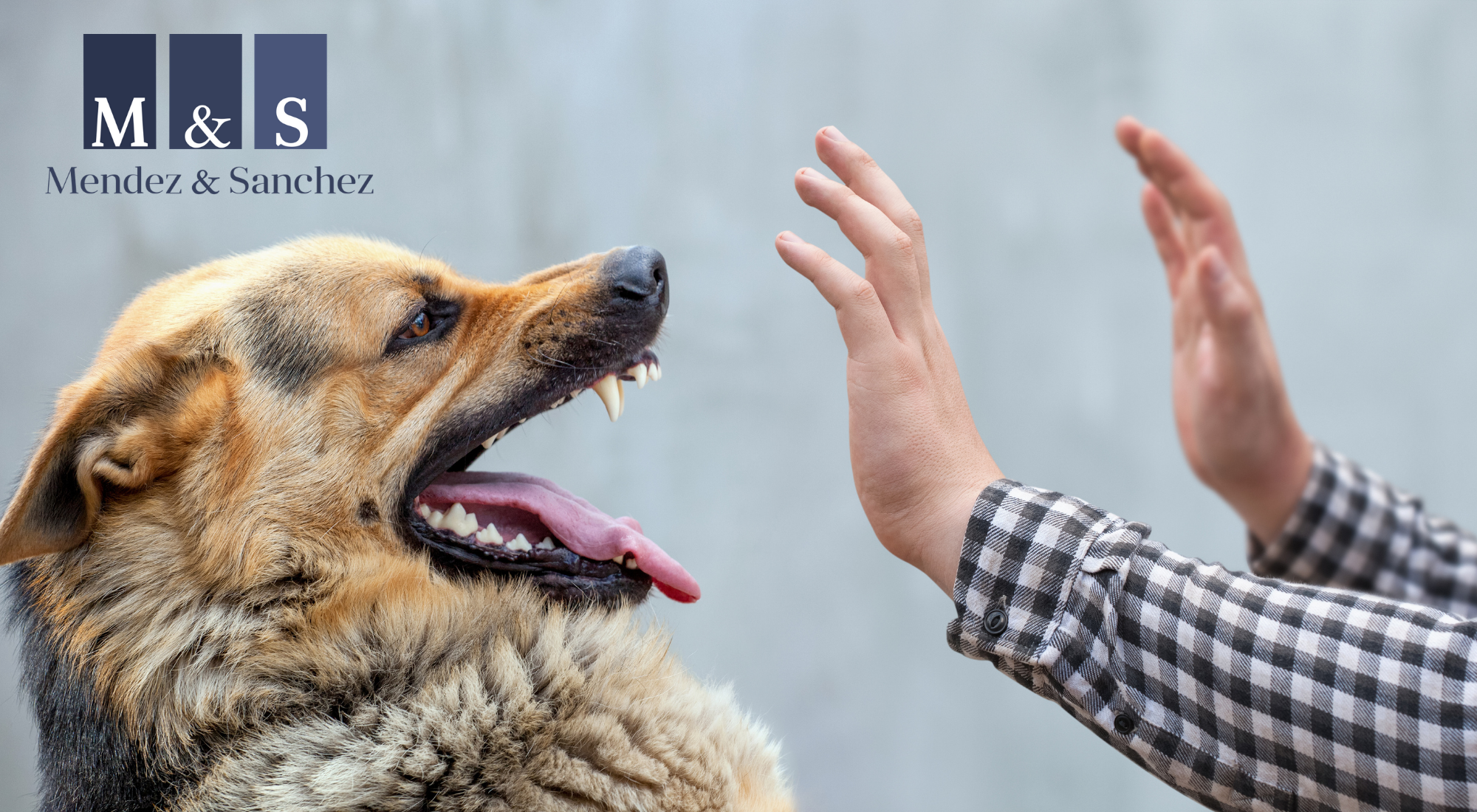 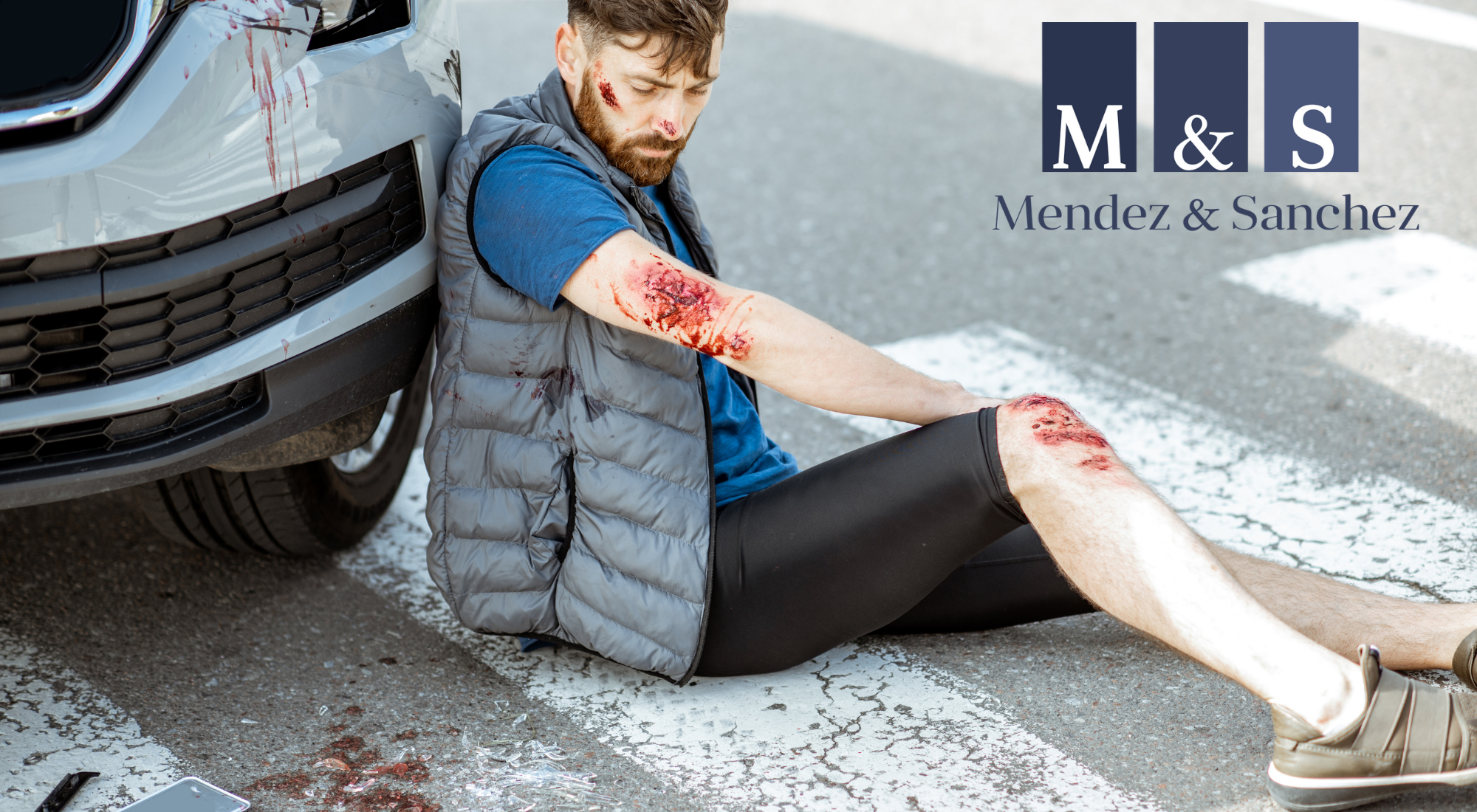 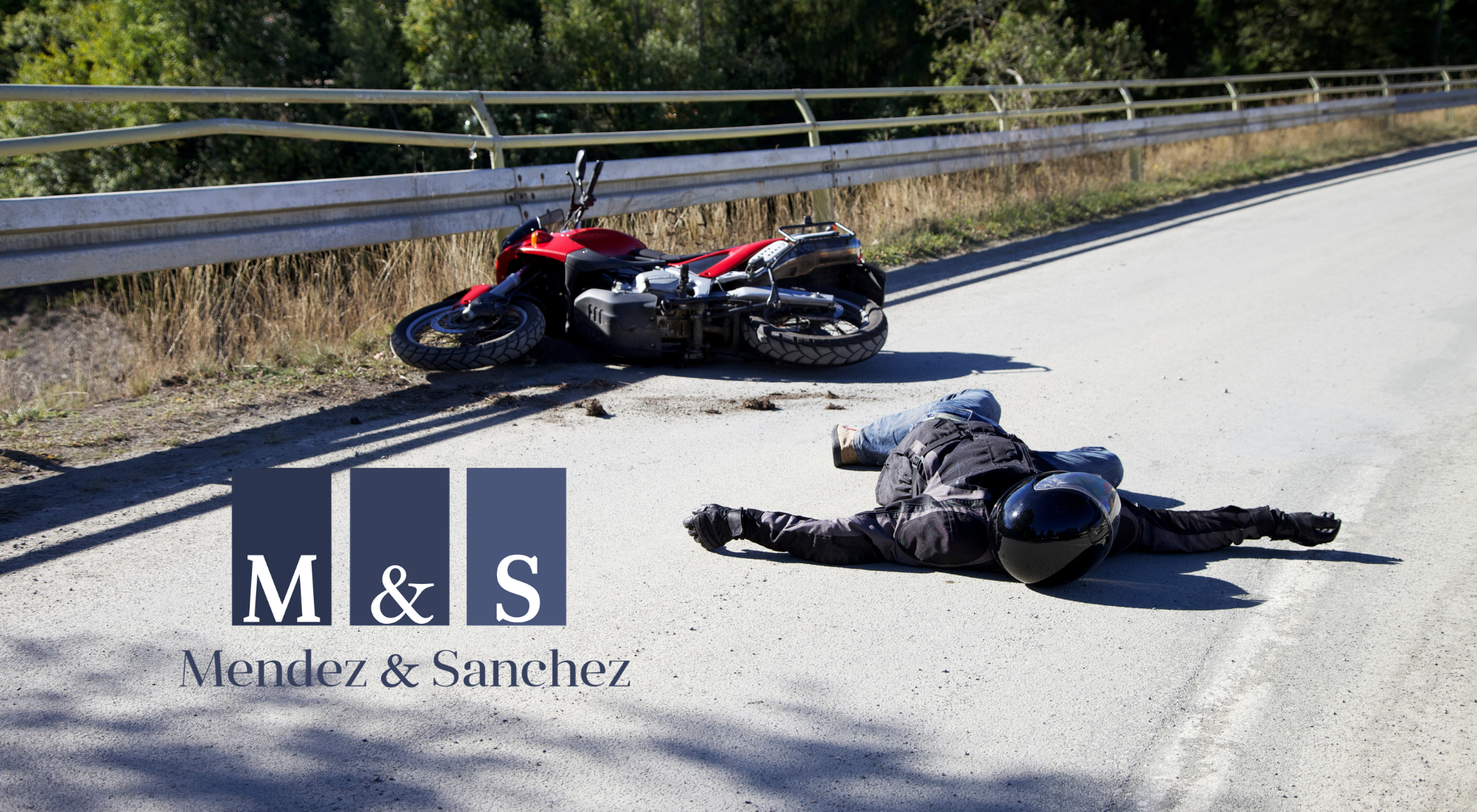 Our East Los Angeles personal injury attorneys understand the adversity you are facing, and we are ready to help you fight for it!

Our goal will be to get you fairly compensated as soon as possible, and we’re not afraid to go to trial. One of our seasoned car accident East Los Angeles attorneys can investigate your case to identify all potential sources of compensation. Even if the at-fault party was uninsured, it may still be possible to recover damages.

In the majority of commercial truck crashes, the injured victim was in a car or other vehicle—not in the truck. If you’ve been injured in a truck crash, your injuries are likely severe and you’re probably concerned about your growing medical debt. That’s not to mention your property damage and emotional trauma.

Although dogs and other pets are often considered part of the family, thousands of people each year are injured in animal attacks. Under California law, dog owners are generally strictly liable for injuries caused by their dogs.

California has some of the highest rates of pedestrian fatalities in the country. The injuries sustained in pedestrian accidents can be catastrophic, and the cost of medical care and lost income can be exorbitant.

Medical bills lost income, and vehicle repairs can add up quickly after a motorcycle wreck. These are called “economic damages,” which are objectively verifiable losses. Economic damages also include loss of earning capacity, home modifications, and other calculable losses you incurred due to your injuries.

Each bus accident case is unique. There are countless factors that contribute to these collisions, and victims can suffer a variety of severe injuries including brain trauma, broken bones, soft tissue injuries, internal organ damage, and many others.

Construction accidents have the potential to lead to devastating, life-altering injuries. Victims need to be able to access the maximum available compensation so that they pay their medical bills and provide financial support for their families.

Workers’ compensation benefits (sometimes referred to as “workman’s comp”) exist to help those injured in work-related injuries heal, recover, and elevate their quality of life. That said, the process can be complex and lengthy.

Parties who control, possess, or own a property in California have a duty to keep their premises in a reasonably safe condition. If they fail to fix a dangerous condition or to warn people about it, this may constitute a breach of the duty of care, also called “negligence.”

Our California brain injury attorneys will help you identify all potentially liable parties, gather evidence, and fight for the compensation you need to pay for medical care, lost income, emotional distress, and other damages. We have recovered more than hundreds of millions of dollars for our clients.

Train wrecks often occur at high speeds and result in devastating injuries. Healthcare expenses and lost income can add up quickly, threatening the financial security of victims and their families.

If you or a loved one was catastrophically injured by another person’s bad decisions or bad behavior, you have a legal right to hold that person responsible for the results.